Delhi Riots Case: The Unknown Faces Behind Bars under UAPA 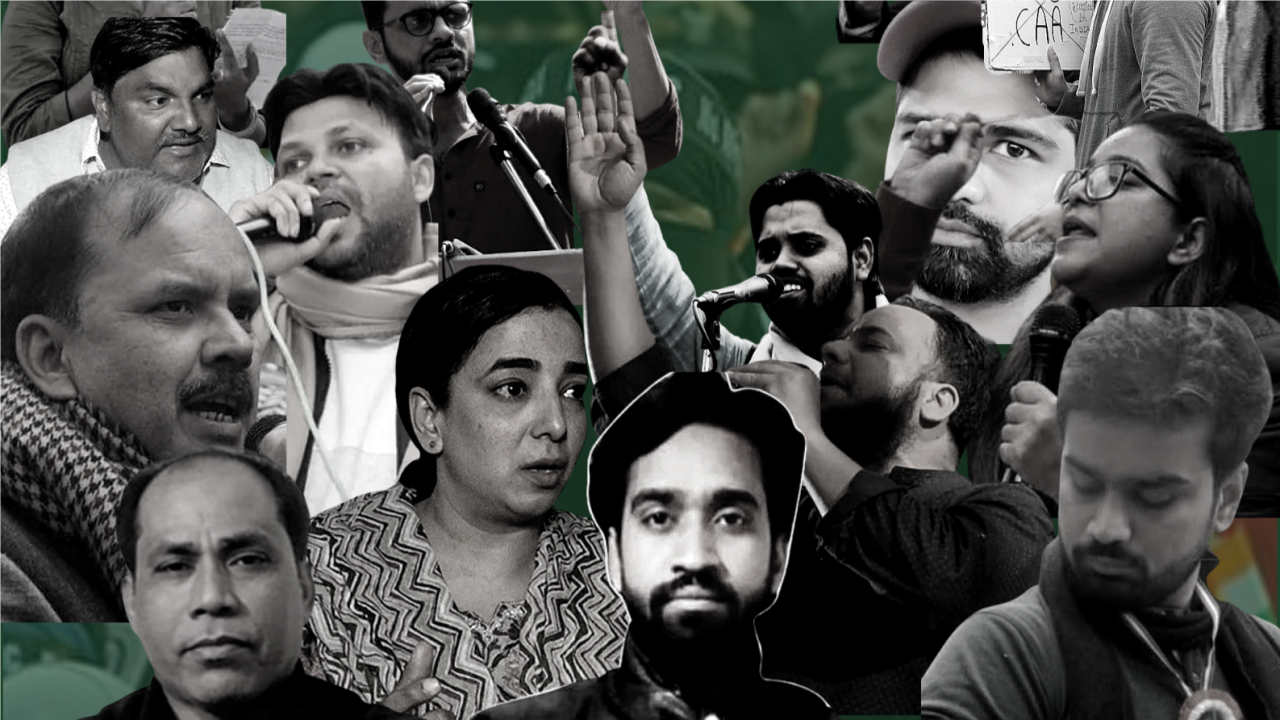 Did you miss the event? Read the press release here: https://thelondonstory.org/2022/10/04/framed-for-terrorism-for-defending-constitutional-rights-indian-diaspora-commemorates-two-years-since-the-arrest-of-student-protestors/

The London Story, alongside The World Is Watching India team, invites you to a film screening and discussion to mark two years of unjust incarceration of 18 students and activists in India who were charged with terrorism for protesting against changes to the citizenship law that threatened to disenfranchise Indian Muslims. Twelve of them, all Muslim, are still in prison.

You may recall that the powerful protests against the Constitutional Amendment Act 2019 (CAA), led by Muslim women, which had erupted across India had been met with an outpouring of support including from the world over.

By using the draconian anti-terrorism law, the Unlawful Activities Prevention Act (UAPA), which allows suspects to be incarcerated for long periods without trial, the Indian State sought to crush the protests. The 18 students and activists were charged with hatching a conspiracy to start riots in Delhi, in time for the visit of then American President Donald Trump. The charges of conspiracy were made despite the announcement of Donald Trump’s visit not even having been made when the conspiracy was meant to be hatched.

On the contrary, we have clear evidence of inflammatory speeches by senior elected representatives of the ruling party in India, the BJP, against the anti-CAA protestors, including on the very day of the violence, which left 53 dead, of which 40 were Muslim.

The film which will be screened “Delhi Riots Case: The Unknown Faces Behind Bars Under UAPA” has been produced by an Indian online media portal, The Quint. It poignantly and powerfully profiles some of the protestors to share both personal and other challenges their family members face. The screening will be followed by a discussion of the situation as it stands with activists and friends and families of those arrested.