We as members of the Indian diaspora worldwide are writing to bring to your attention a series of arrests made by the Delhi Police in the past several months. The arrests, politically motivated as they are, have come in the name of investigating communal riots in North-East district of Delhi which took place between February 23-29 2020 and left 53 people dead and more than 500 injured. The Delhi Police has registered 751 FIRs (First Information Reports) and 200 charge-sheets, however, the investigations have progressed in a biased and politically motivated manner. The investigations have led to the arrest of ordinary citizens, students, lawyers, journalists, film makers, rights activists, trade unionists, political leaders of opposition parties, and others who were critical of the Citizenship (Amendment) Act brought in by the Indian government in December 2019. While the police have the power and mandate to investigate the riots, the political bias evident in the arrests and interrogations of rights activists raise questions on the professional conduct of the state police. When coupled with the blatant defense of ruling party politicians and workers who made provocative speeches and played a key role in the riot, the police investigations appear to be an outright sham.
The recent interrogations of the filmmakers Rahul Roy and Saba Dewan, who played an important role in providing relief and timely medical treatment during the riots, of Prof. Apoorvanand, a writer and peace activist, and of student leaders such as Umar Khalid raise doubts about the motives behind the investigation.
These interrogations and arrests are carried out by the Delhi Police in an attempt to weave a conspiracy theory that will implicate several civil society organisations, NGOs, trade unions, writers, and journalists. Such intimidation tactics are used to target and silence dissenting voices. The Delhi Police has interrogated several people, some of whom were not even in town or never present at the site of the communal violence, and used this as an opportunity to seize their computers, phones and other data and build a conspiracy theory. To date, the police have not produced any conclusive evidence of the complicity of the above persons and have arrested some of them in fabricated FIRs, some having identical confession statements. Media scrutiny has found out that many confessions are verbatim copies of each other. This clearly shows that these FIRs and arrests are nothing but an attempt to eliminate political dissenters and to instill fear in the minds of the general public. What is more alarming is that police is using the draconian anti-terror law, the Unlawful Activities (Prevention) Act (UAPA), where the process itself is the punishment and bail is not the rule, but an exception.

An FIR (FIR 59/2020) has been the basis of several of these politically motivated interrogations, harassment, and witch hunts. The investigations under this FIR disproportionately involve forced confessions, hearsay accusations, police narratives and reliance on statements that accused persons had refused to sign. These baseless arrests flout the due process of law. Concurrently, no action has been taken against BJP leader Kapil Mishra and Minister of State, Government of India, Anurag Thakur, who made hate speeches, incited the crowd and provoked them to indulge in acts of violence. They have to date not been questioned and no complaint has been registered against them. In fact, the government and Delhi Police have defended Mishra and Thakur when a Public Interest Litigation was filed in the Delhi High Court demanding the registration of a FIR against them for their alleged role in the riots. The Delhi Minorities Commission and Amnesty International have both documented the role of these two politicians and also the role of several police officials in the riots. To date, however, not only has Delhi Police shielded the BJP politicians but have also protected its own officers and refused to suspend them or undertake internal investigation. The arrests carried out by the Delhi Police are nothing but a mockery of the due process of law and the Indian Constitution.

It is also striking to note that the supplementary charge-sheet filed in connection with FIR 59/2020 is not in the least bit related to it. FIR 59/2020 had been registered in connection with a death. However, the supplementary charge-sheet has completely sidelined the main issue and focuses entirely on the ‘conspiracy’ allegedly initiated by political dissenters. The FIR does not identify a shooter but merely names three women. All of these documents and arrests are based on fabricated confessions and lack of evidence. This lack of evidence has even been accepted by the Delhi High Court in Ms. Devangana Kalita’s bail application hearing who has been in jail since May of this year. Thus, FIR 59/2020 impinges upon the right to dissent and the democratic right of the Citizens to protest.

Arresting intellectuals and students merely for exercising their right to peaceful protest is blatantly against the values of the Indian Constitution. Over the past 6 years, the government has successfully created a narrative of ‘nationalism’ and ‘anti-nationalism’ to further its own political agenda. Any and every type of dissent is being suppressed, and academics and students who are fighting to uphold constitutional values and the legal order are being wrongfully arrested.

The government is using the COVID-19 pandemic as an opportunity to suppress dissent and to strategically arrest innocent persons after falsely accusing them under the draconian UAPA. Due to the pandemic, the public is scared and are most concerned about their health. It is in this context that we are reaching out to the lawmakers and international institutions to take cognizance of the situation in India, and lend your strong and visible support towards upholding the constitutional values of freedom, democracy and respect for human rights and rule of law. 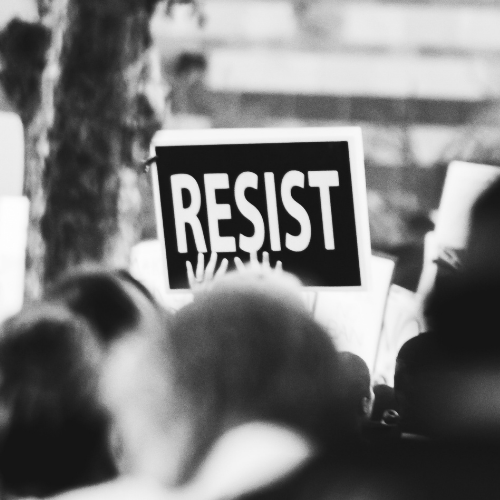