On Human Rights Day, we projected videos of Indian far-right fundamentalist Yati Narsingh Anand Saraswati, who had made several genocidal remarks against Indian Muslims, on the wall of the Peace Palace in The Hague. The video shows Yati Narsingh Anand proclaiming: “I want to exterminate all Muslims and eradicate Islam from the face of the earth.” The provocative video of Yati was posted on Facebook in October 2019, gaining instant virality and has since then been viewed 32 million times. The action took place to seek accountability of the Indian government and big tech companies like Facebook, who are not only consistently failing to take action against hate speech but are instead providing a megaphone and breeding ground to hate preachers and hateful ecosystems. 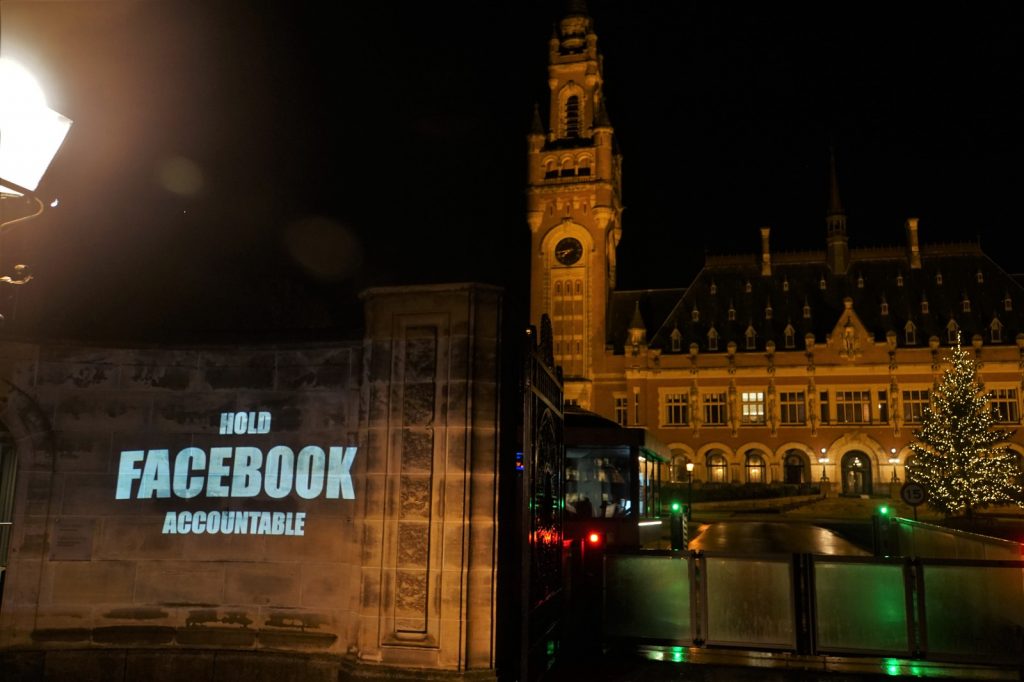