Opinion: How will historians remember the Indian film industry?

Yesterday, June 3, 2022, the movie Samrat Prithviraj aired in Indian cinemas. It tells the story of a Rajput king, Prithviraj, as he battles Muhammad Ghori, ruler from the Islamic Ghurid dynasty. What appears to be a historical drama film may very well lead to extreme controversy – after all, the movie is airing at a time at which the Gyanvapi Mosque in Varanasi is under fire for having been erected by Islamic ‘invaders’ where a Hindu temple once stood. Given that Indian media has become a key mobilization point for the Hindutva movement, and given the historical role media has played in directly inciting genocide in Rwanda, Germany and elsewhere, the movie’s release could be detrimental to the Muslim population, who are being increasingly portrayed as foreign invaders.

The amount of movies constructing India as a Hindu nation with no place for “others” is increasing at a worrying speed. In April, The Conversion claimed to tell the story of a Hindu “girl’s dilemma of what happens in an inter-faith marriage” with a Muslim. In the trailer, stereotyped, angry-looking Muslims proclaim their mission to conduct “love jihad”, which has been debunked as a conspiracy theory, and the protagonists struggle to save the Hindu girl from their clutches. Another movie released earlier this year, The Kashmir Files, also claimed to be a “historical drama” but showed a fictional story based loosely on the exodus of Kashmiri Pandits in 1990. Many Kashmiri Pandits who experienced the exodus have called out the movie for being misleading and “vilify[ing], downplay[ing], and delegitimiz[ing] the Kashmiri Muslims”.

Social media shows the impact such mainstreaming of Hindutva ideology has had on direct radicalization of the civilian population against Muslims. Videos recorded after film screenings of Kashmir Files show calls for revenge, rape, ethnic cleansing and genocide against Muslims. In fact, many picked up the chant “Desh ke gaddaron ko, goli maaro saalon ko” again, which had been instrumental in the Delhi riots in which 53 were killed. Viral videos show people calling for Hindu children to be equipped with weapons to kill Muslims. Samrat Prithviraj, which claims to show Hindu resistance to Islamic invasion, is likely to have a similar radicalizing effect.

The fact that calls to genocide accompany the film screening of The Kashmir Files is alarming, especially in light of the fact that leading experts speaking at the India on the Brink: Preventing Genocide Summit in March 2022 identified that India is already moving rapidly through the early warning stages for genocide, which as per the Genocide Convention refers to acts committed with intent to destroy, in whole or in part, a national, ethnical, racial or religious group. The Indian Government has a duty to take action immediately, as acts that are to be prohibited under the Genocide Convention include even “direct and public incitement to commit genocide”. However, the BJP government including Modi have openly endorsed The Kashmir Files, and several BJP-led states have made the movie tax exempt, despite it being used to openly incite genocide.

The government’s apparent endorsements of the use of The Kashmir Files, The Conversion and other similar movies to spur hatred and incite genocide are extremely worrisome developments, as they all too much resemble historic parallels from past genocides. In Germany, Julius Streicher began the publication of Der Stürmer, an antisemitic newspaper, as early as 1923, roughly ten years before the NSDAP rose to power. Leni Reifenstahl’s Nazi propaganda film Triumph of the Will, a movie to which several newspapers have likened The Kashmir Files, screened in 1935, and thus well into the segregation of Jews, but six years before the official begin of the Holocaust. In Rwanda, the radio station Radio Television Libre des Mille Collines (RTLM) began broadcasting in July 1993, a year before the Rwandan genocide.

The causal relationship between these media and genocide is robust; not only did scholars identify these media as instrumental in inciting violence, but this also held up to the evidentiary threshold required by a court. In the Nuremberg tribunal dealing with the aftermath of the Holocaust, Julius Streicher was convicted for crimes against humanity. As the judgment sentencing him reads, Streicher was partially responsible for inter alia the Jewish boycott in 1933, the demolition of a synagogue in 1938. Similarly, the International Criminal Tribunal for Rwanda took up RTLM in its investigations, and as early as 2000 charged, tried and in 2003 convicted RTLM’s directors for genocide, incitement to genocide, and crimes against humanity.

It may very well be possible that history will remember Samrat Prithviraj, The Kashmir Files and The Conversion as movies that served as key methods of mobilization, in the event that the looming genocide in India continues to unfold as it is currently doing. As the International Criminal Tribunal for Rwanda wrote in its RTLM judgment, “The power of the media to create and destroy fundamental human values comes with great responsibility. Those who control such media are accountable for its consequences.” 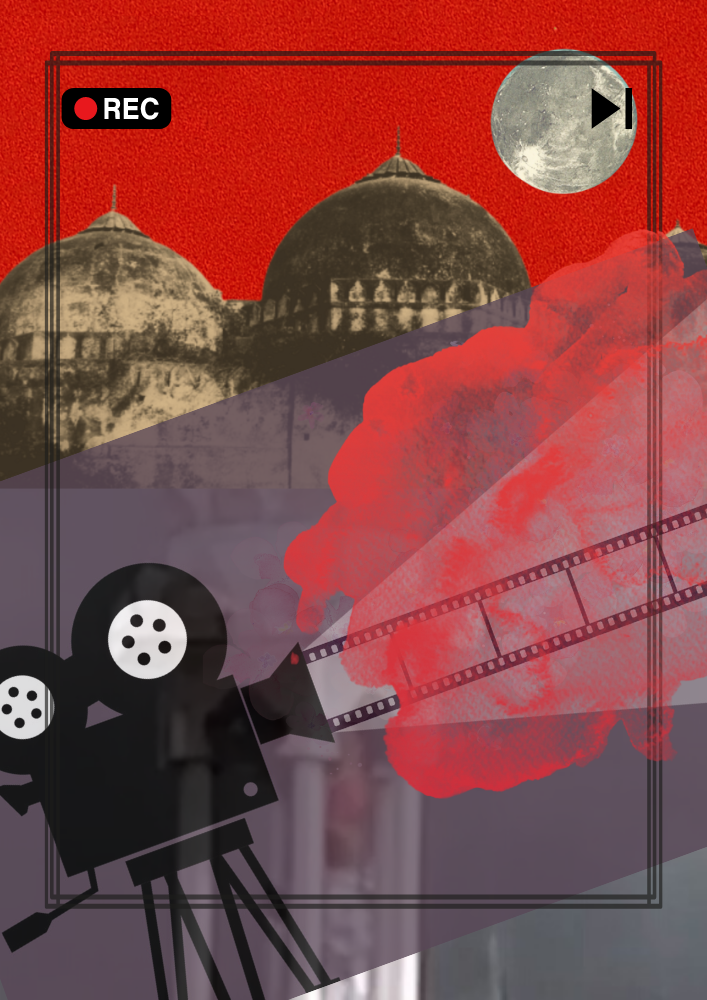