On Monday, 10 October, Indian human rights defenders (HRDs) and journalists John Dayal, Nadeem Khan, Arshi Qureshi and Meer Faisal addressed an audience of European decision-makers. From different generations and different faith groups, the message of the HRDs was a uniform one: Religious minorities in India are under extreme threat.

Between January 2017-September 2022, there were over 1436 verified instances of hate crimes in India. Over 86% of victims are Muslims, although violence against Christians has also risen by 81% between 2020 and 2021. Communal violence, physical assaults and lynchings have surged especially since congregations led by Hindu extremist leaders in December 2021, where attendees called for the elimination of religious minorities.

John Dayal emphasised: “No Christian in India is safe unless every Muslim is safe.”

“Christians and Muslims in India are the main targets of hate speech and hate crime in India, after Dalits,” Arshi Qureshi noted. “Year by year, research demonstrates that hate crimes have overtaken hate speech, which explains how hate speech propels hate crime.” Sharing data by APCR, Nadeem Khan said: “The massive parliamentary victory of the BJP in 2014 led to a 300% increase in the level of antiminority hate crimes.”

Discussing impunity for hate crimes and the targeting of those working to document it, Meer Faisal shared: “The first case I reported on was of Mohammed Akhlaq, in Uttar Pradesh, which caused a lot of uproar in the country. Fast forward to 2020, such incidents have been normalised, so that most of the time, they won’t even appear on the news. Rather, those like me who report on the stories get notified that the police order them to delete the entire story from their Twitter.”

“The rights of religious minorities are not even on the table. The government has forgotten them. There is absolute and total impunity, from the Prime Minister’s office, to the courts, to the police stations, to the administrators’ office. There are crimes committed in their presence, and yet no cases are filed.” John Dayal said.

The meeting took place ahead of an agenda item in the European Parliament’s Human Rights Subcommittee on October 26, 2022, to follow up on the EU’s Human Rights Dialogue with India. The audience included assistants of members of the European Parliament, country experts in the Human Rights Subcommittee, assistants of members of the German Parliament, and India and human rights experts of city governments. In this context, John Dayal emphasised: “I don’t recommend sanctions, or trade conditionality, but the Indian government must be strongly and publicly condemned.” Arshi Qureshi concurred: “When people start speaking about human rights violations, that’s when the government takes action.”

Further resources cited during the meeting:

• Fact sheets on human rights in India by the Working Group on Human Rights, including John Dayal (link)

• Interview with Dr Gregory Stanton, in which he warns of looming genocide driven by mobs and state apathy (link) 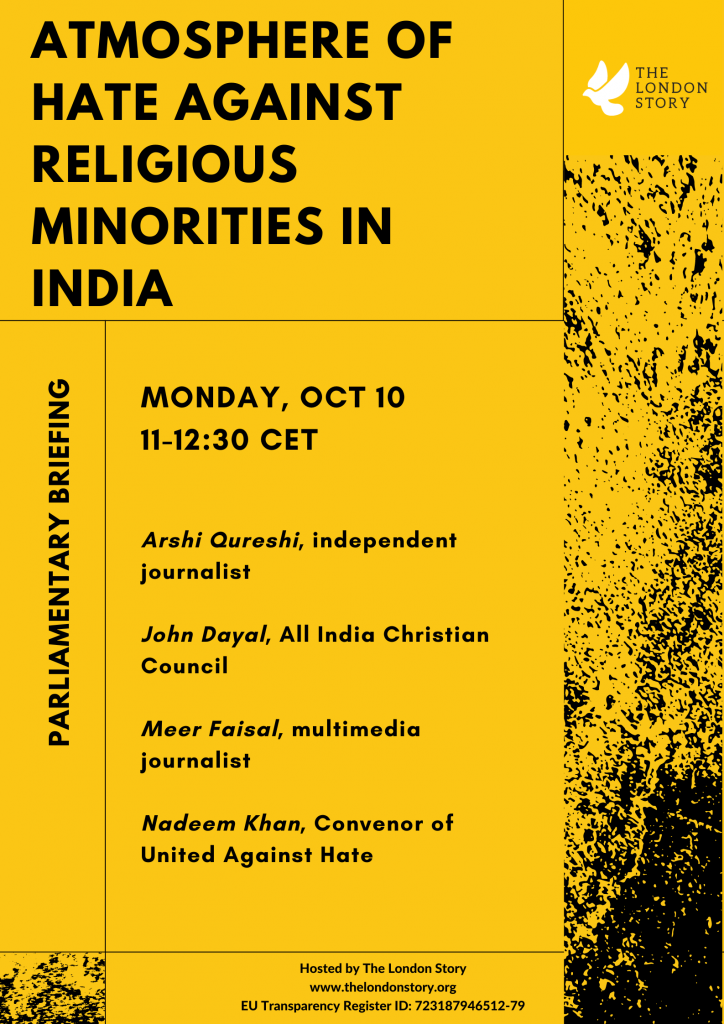