As active stakeholders in the UPR process, we submitted and contributed to multiple joint submissions, and our submissions were quoted and referenced in the UN OHCHR summary for stakeholders over ten times. Our UPR advocacy on India rested on four main areas of concern: Hate speech, religious freedoms, freedom of expression, and strengthening civil society. To appraise member states of these concerns, we met with over 20 missions in Geneva in August and September 2022, and prepared a tailored fact sheet for each member state. This was a deeply relevant exercise, as Indian civil society themselves had limited presence in Geneva and UPR pre-sessions.

Concretely, we advocated that member states frame their recommendations on:

● laws that discriminate against religious minorities, and enactment of a law that protects them from targeted violence (as declining religious freedoms in India are a matter of grave concern);

● reforming of the Citizenship (Amendment) Act and the process of National Registration of Citizenship to ensure that document-less people do not face statelessness (as India left 1.9 million people, the majority of whom are Muslims, stateless in just the single state of Assam);

● releasing of and protection to Human Rights Defenders; and repeal or revision of the Foreign Contributions Regulation Act (FCRA) and the Unlawful Activities Prevention Act (UAPA) (as the shrinking of space for civil society is a matter of deep and lasting concern);

● rising hate speech, (as this has created circumstances where we truly fear for the existence of Muslim minority in India).

130 states made oral interventions towards India in the 41st UPR cycle, which was a substantial increase from the last cycle in 2017. Then, only 112 states made recommendations. There is a demonstrable shift in focus from previous UPR cycles, and issues of religious freedoms, hate speech, freedom of expression and civil society featured prominently.

India is witnessing a worrying increase in hate crime and the development of a legal apparatus that erases the Muslim identity. Several states such as Angola, Canada, the Holy See, Italy, South Korea, the Netherlands, and the United Kingdom made fresh recommendations to India on the issue. Several member states used the terms “targeted violence” and “sectarian violence”, instead of using the phrase “communal violence”, a terminology we advocated for.

States who had already issued recommendations on religious freedoms in the last UPR cycle  formulated their renewed recommendation more unambiguously. Switzerland specifically called for “a new law” on “collective and targeted religious violence in accordance with human rights”, and Canada recommended India “protect freedom of religion by investigating all cases of religious violence and discrimination on religious grounds, including against Muslims, condemning these cases, and sensitizing the public on religious tolerance”. Ireland not only addressed religious freedoms, but specifically highlighted and called for the repeal of anti-conversion laws. Mexico, having itself previously grappled with birth registrations and ensuing statelessness, called on India to “review the design and implementation of the National Registry of Citizens to avoid statelessness, deprivation or denial of nationality, arbitrary detentions or expulsions.”

Greece issued its first ever recommendations on religious freedoms, and called on India to “ensure that laws governing the freedom of religion are fully enforced, taking into account the multi-religious and multi-cultural nature of Indian society”. Latvia also chose to address religious freedoms for the first time, calling on India to “protect and ensure the rights of persons belonging to ethnic and religious minorities”.

Notably, several states emphasised that the issue of concern are religious minorities, rather than simply religious freedoms, thereby cautioning the Indian government to not modify the recommendation to fit its majoritarian agenda.

South Africa, whose recommendations to India previously focused on torture, gender, poverty and housing, now recommended India “hold accountable public officials who advocate religious hatred”. Malaysia, who previously recommended on resource allocation for development and human rights training for law enforcement, issued a strongly worded recommendation on the permeation of hate in society. It recommended India “take concrete steps to raise awareness on and eliminate extremist ideology that promotes and condones violence and discrimination against religious minorities in India”. Both thereby alluded to the increasingly mainstreamed Hindutva – Hindu supremacist – ideology supported by many leaders of the ruling BJP.

On freedom of expression

States who previously issued recommendations on the strengthening of civil society continued to do so in this cycle. Canada reiterated the importance of media freedom, and Lithuania reiterated the need for a review of curbs on freedom of expression in national regulations. The Czech Republic reiterated the protection of freedom of expression, and doubled down by also recommending India repeal the crimes of sedition and criminal defamation, thereby addressing the politically charged nature of the Indian government’s approach to harmful speech.

States such as Germany, South Korea, and the USA, who previously issued recommendations on the Foreign Contribution Regulations Act (FCRA) and the Unlawful Activities Prevention Act (UAPA) – both of which are disproportionately used to quell democratic participation – reiterated these recommendations in this cycle.

Additionally, several states chose to address these laws for the first time. Estonia and Belgium both for the first time ever issued a recommendation on the FCRA and UAPA. Similarly, Australia, which previously recommended to India on violence against girls, the death penalty and torture, this time also narrowed in on the FCRA, and recommended India “ensure civil society is able to operate without interference by establishing grievance redressal and appellate processes to increase transparency and support the application of the Foreign Contribution (Regulation) Act”. Other states recommending on the FCRA for the first time include the Holy See, Ireland and Slovakia.

India can no longer sideline civil and political rights

A clear trend emerges from the UPR review: States are concerned about the state of civil and political rights in India now more than ever. India, on the other hand, has overwhelmingly focused on social and economic rights in its UPR reporting, and has sidelined civil and political concerns. As India prepares for the next Human Rights Council session, in which it will be asked to declare which recommendations it supports, it is imperative that it takes this shift in focus by its peers seriously. 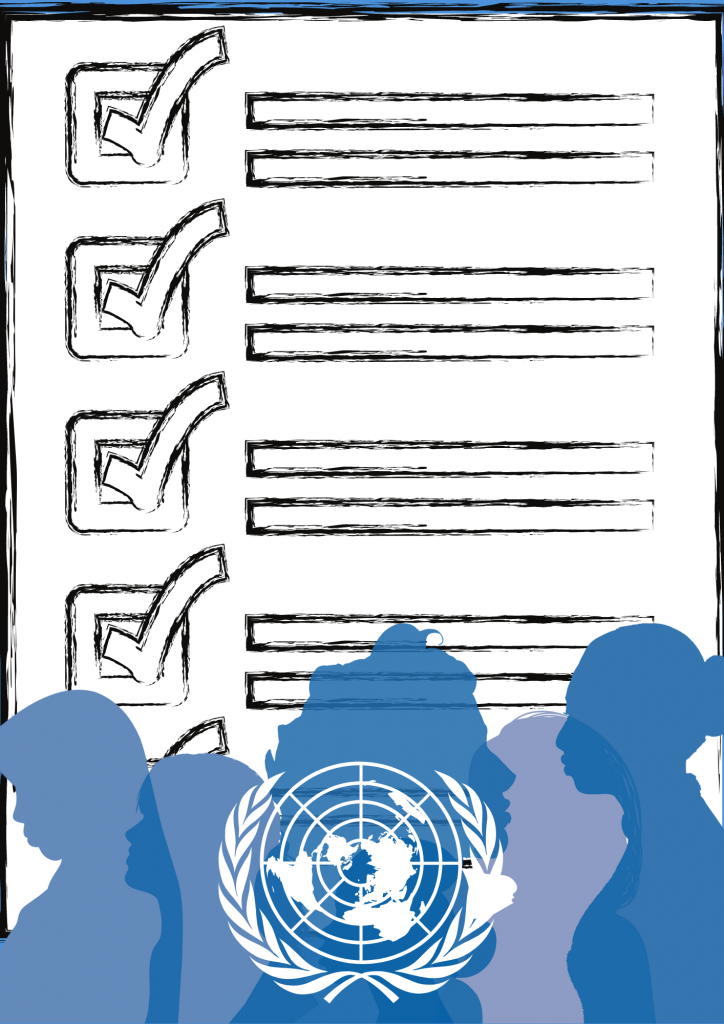