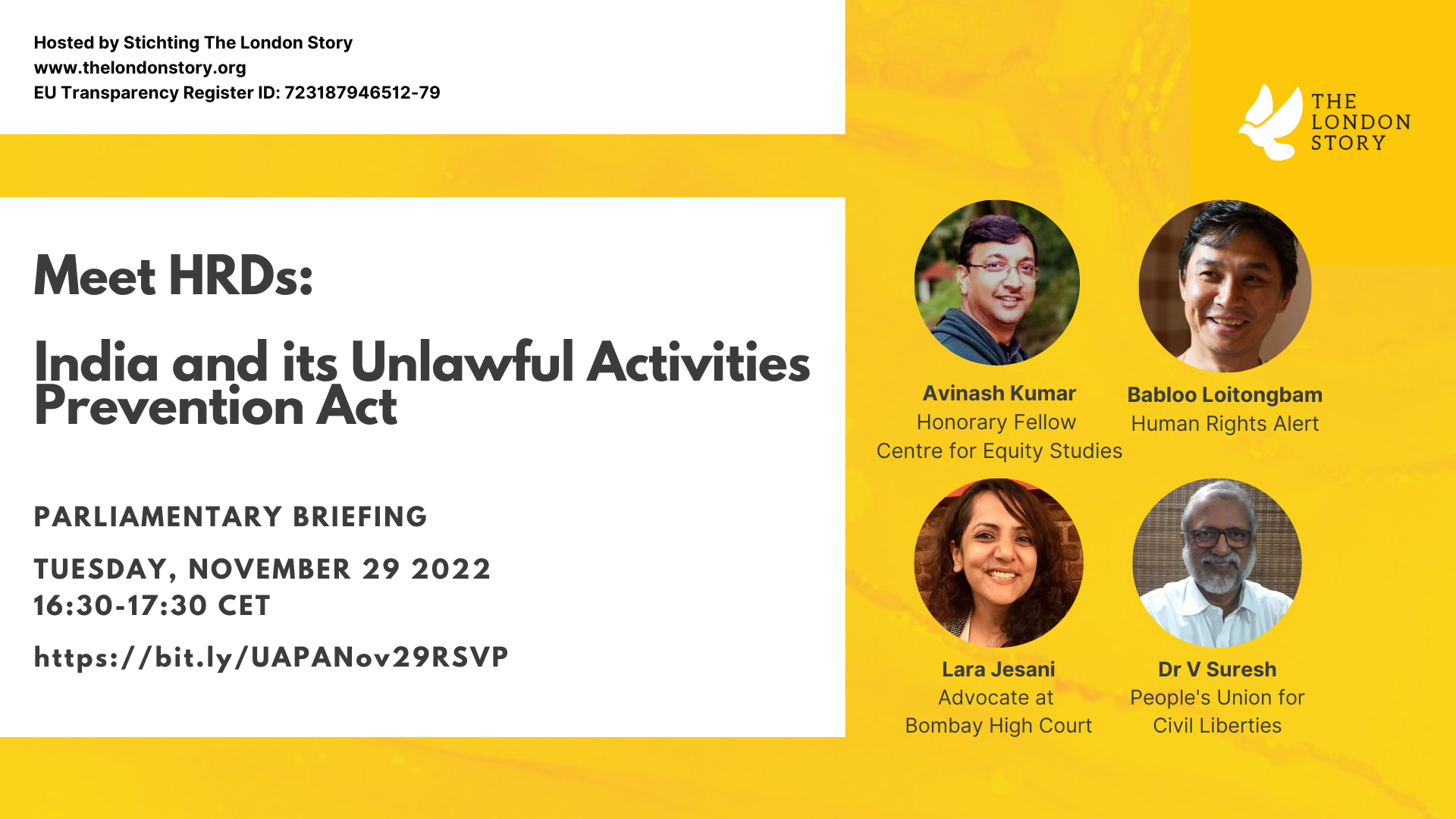 The recent “Delhi Declaration” by the UN Security Council calls for zero tolerance towards terrorism. Yet, India’s own counter-terrorism legislation, the Unlawful Activities (Prevention) Act (UAPA), has made a name for itself in being used against student protestors and human rights defenders. This briefing provides a space to meet and engage with Indian human rights defenders who are working to support people wrongly detained under the UAPA.

21 MEPs from across parties previously expressed grave concern over the UAPA. According to India’s own figures, 4690 people were arrested under the UAPA from 2018 to 2020 – but only 149 were actually convicted. In 2019, the UAPA was amended to allow the government to designate individuals terrorists without due process, and to require the accused to prove that they are innocent.

In this briefing, meet:

Having regard to Article 21 TEU, which holds that the EU in its foreign policy shall seek to consolidate and support democracy, rule of law, human rights and international law, and having regard to European Parliament resolution 2021/2023(INI), which holds that the EU shall place human rights and democratic values at the heart of its engagement with India, the briefing is aimed at Members of the European Parliament and the Commission to illuminate the situation in India.

The briefing is organised by Stichting The London Story, a diaspora-led think tank with a team across Europe that documents and archives human rights violations in India.