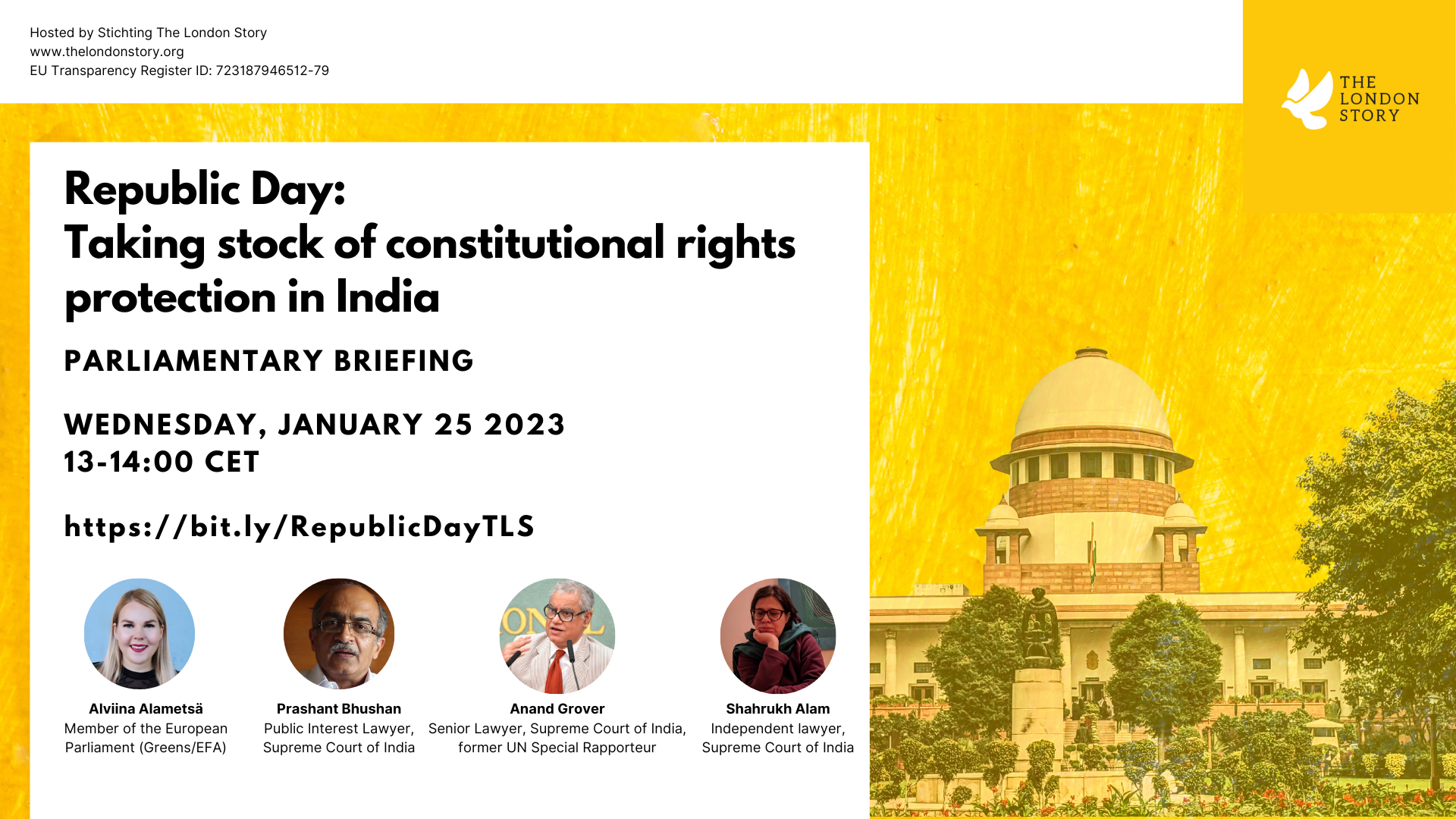 On January 26, India celebrates Republic Day, in honour of its Constitution that promises a secular republic governed by fundamental rights. Yet, at 75 years, the secular and multi-ethnic fabric its founding fathers envisaged is eroding as the executive restricts essential constitutional rights, including to religious freedom and freedom of speech.

This briefing considers the role of India’s judiciary in the protection of constitutional rights. Some voices in India argue that the Supreme Court has failed its purpose of upholding the constitution. The court dismissed crucial pleas, including one seeking an independent investigation into extrajudicial killings in Chhattisgarh, and left six significant cases pending for a significant amount of time, such as a review of the abrogation of Article 370 in Jammu and Kashmir (pending for over three years).

Yet, the Supreme Court remains a largely independent actor within a state that otherwise suffers from increasing consolidation of power among the elites.

This briefing is supported by MEP Alviina Alametsä (Greens/EFA, Standing Rapporteur on India of the European Parliament’s Foreign Affairs Committee).

This briefing engages experts with significant experience in the Indian Supreme Court in conversation to identify whether the Supreme Court of India can fulfil its role in providing judicial safeguards and uphold constitutional rights: