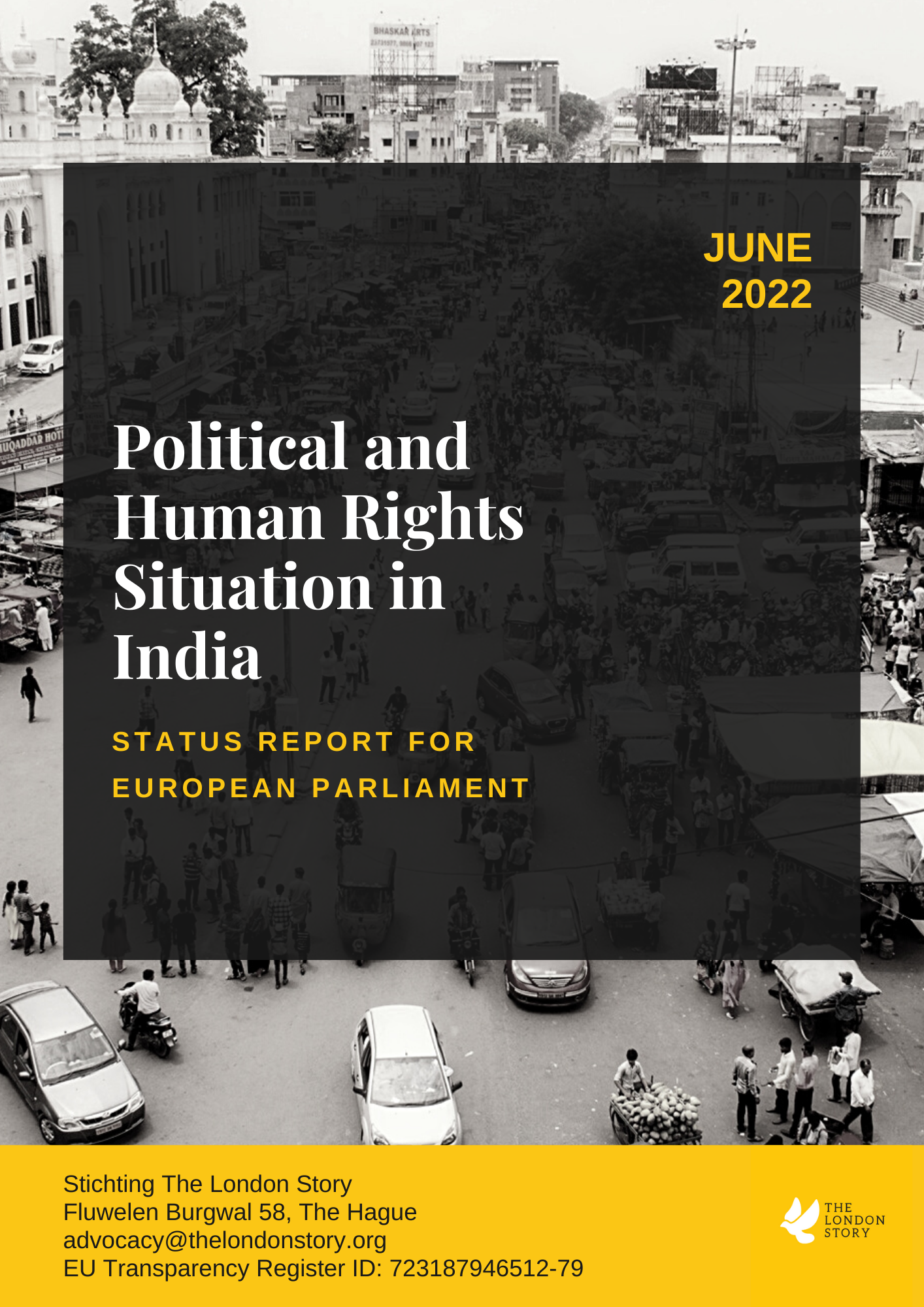 Status report for the European Parliament

India is the world’s largest democracy and a strategic partner of the European Union, with whom it is increasingly planning free data and technology exchanges and trade. Yet, investigations have shown worrying trends in India. In 2014, Narendra Modi was elected as India’s Prime Minister. Narendra Modi leads the Bharatiya Janata Party (BJP), which is also the ruling party in most Indian states. The BJP openly embraces Hindu nationalism, or “Hindutva”. India is witnessing a steep marginalisation and curtailment of rights of its religious minorities through laws, while political leaders actively incite further violence against minorities by engaging in hate speech. Genocide scholars have identified ‘signs and processes’ of an approaching genocide in India against the Muslim community. Especially platforms that are increasingly regulated in the EU, such as Facebook, are used to spread hate speech and calls to genocide. Additionally, India’s ruling party has used political ads, a lack of platform accountability, and troll networks for harmful purposes. There is ample evidence of police torture, arbitrary detentions and extrajudicial killings, and expansion and the misuse of anti-terror laws, especially against religious minorities and political dissidents. Freedom House’s Freedom in the World 2020 report considers India a “country in the spotlight” for the “deterioration of basic freedoms”, and moved India down 10 points from 2017, giving it the status of a “partly free” country. The V-Dem Institute categorizes India as an “electoral autocracy”. The government of India abuses laws, especially the FCRA and UAPA, to crack down on dissenting voices and human rights organizations, and through internet and media shutdowns imposes prolonged and excessive restrictions on civil society that violate core civil and political rights essential for a democratic system.

● Issue a public statement as the EU’s Delegation for Relations with India condemning India’s failure to address hate speech targeting religious minorities, and its deteriorating state of human rights. Inspiration can be taken from an open letter sent by 21 MEPs in March 2022.

● Hold a dedicated session within the delegation on challenges to India’s democracy, and extend invitations to human rights defenders in consultation with organizations such as Human Rights Watch, Amnesty International, Frontline Defenders, and The London Story.

● Operationalize the EU-India People’s Roadmap as a parliamentary resolution.

● Engage closely with the Human Rights Subcommittee on the matter, and communicate with the Rapporteurs of the EU-India future trade and investment cooperation to ensure all parties are informed of the situation in India.

● Take concrete measures to follow up on the commitments made in the 2021 human rights dialogue between the EU and Indian authorities.

● Question the Vice President of the Commission and the EEAS on its steps to engage in diplomatic action with India on its deteriorating human rights and democracy.